For the first time in Russia, a 14-th IAAF world championship in athletics started. Opening Ceremony at the Luzhniki stadium acquainted the guests with Russian culture and achievements.

At first part an enormous inflatable spacecrafts by Tsiolkovsky appeared at arena, inflatable copies of which we have done according to his designs. Moreover, a huge space station all the time hovering over the sports arena - like the astronauts of the future arrived on this sporting event.

Next, the second part was about the achievements of Mendeleev - we made 63 huge multi-colored balls with the names of the chemical elements, that represented the process of realization of his famous chemical table.

Diaghilev was also presented with his Ballets Russes seasons and Russian avant-garde in art and cinema. For a part dedicated to Sergei Eisenstein, we have designed and manufactured decorative inflatable model of the battleship “Potemkin”, which sailed into the arena through the waves of film.

At the end of the ceremony guests were presented the mascot of the championship, a huge inflatable sparrow that emerged from an egg in front of the audience.

Such large-scale and complex inflatable decorations demanded the application of all the experience our designers have, manufacturing the inflatable figures for many years. But the design of an responsible event of this level was, perhaps, the most interesting work for all our employees. 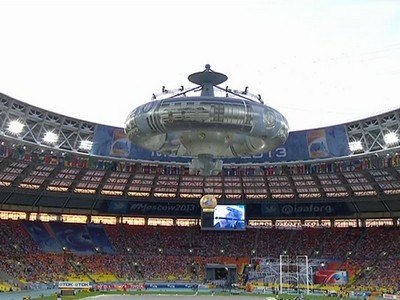 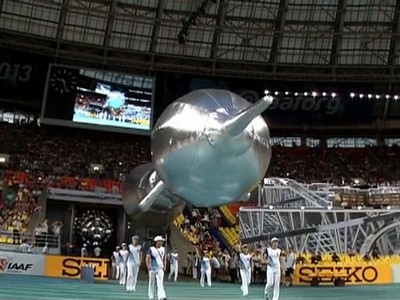 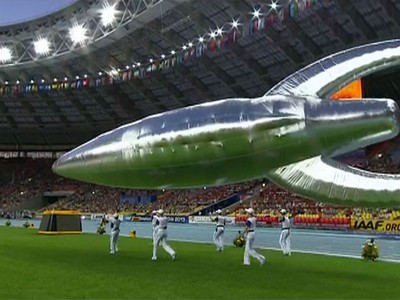 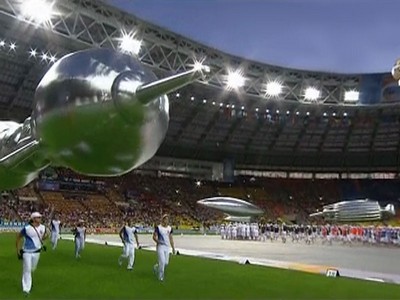 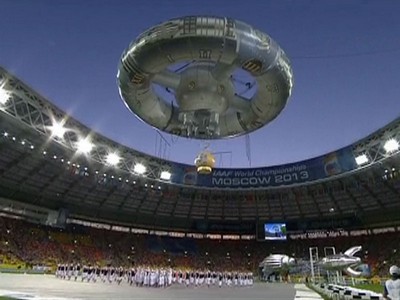 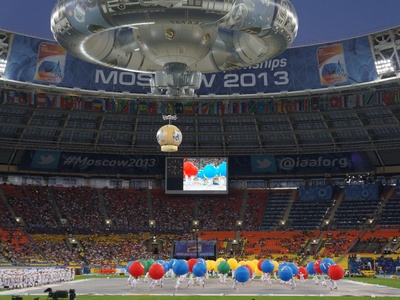 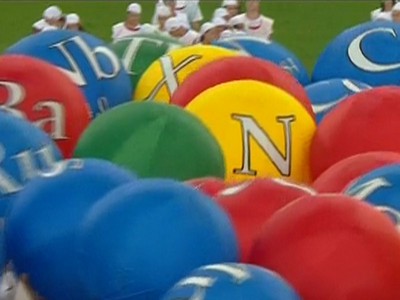 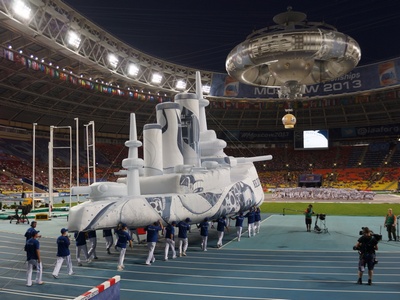 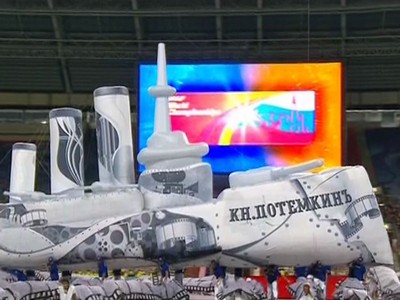 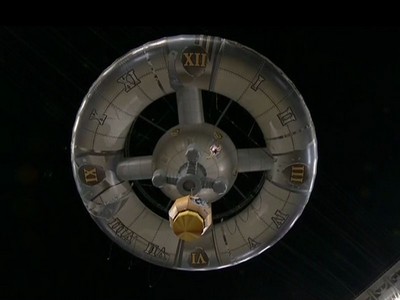 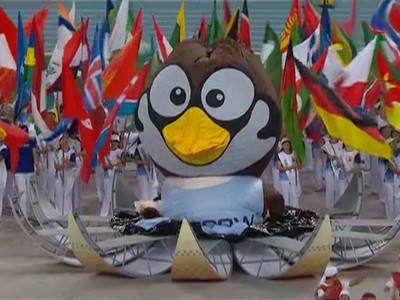 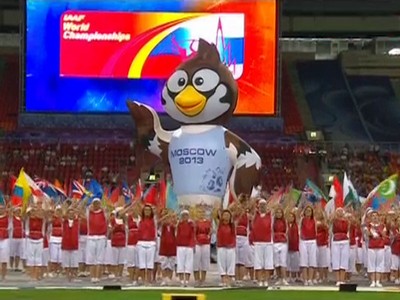 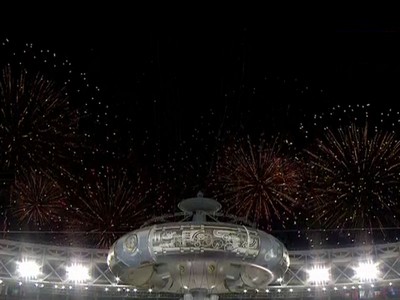 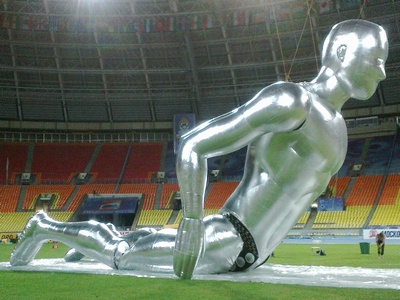 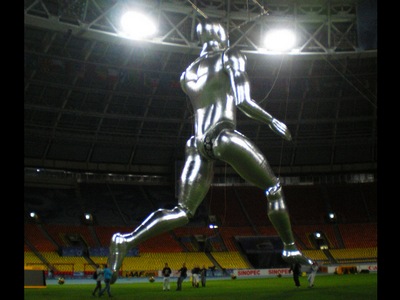