On May 6, 2016, the opening ceremony of the Ice Hockey was held on the VTB Ice Arena in Moscow. The ceremony was directed by Ilya Averbukh. Our company was a part of team responsible for decoration.

Our designers and engineers have created this unique 5 m high inflatable ice hockey player with effect of sudden appearance. We were responsible for designing and manufacturing of this completely new inflatable and adjusting it for using alongside with the electromechanical mechanism allowing the inflatable’s moves. During the ceremony live broadcast, the commentator said: “…now the 5 m high ice hockey player appears…”, and bingo: we have successfully put the brilliant idea of Ilya Averbukh and his team into action. 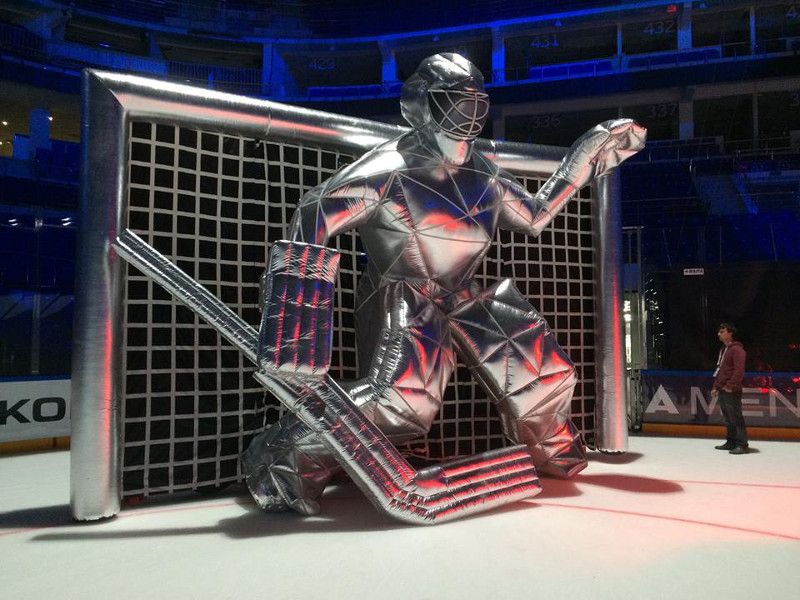 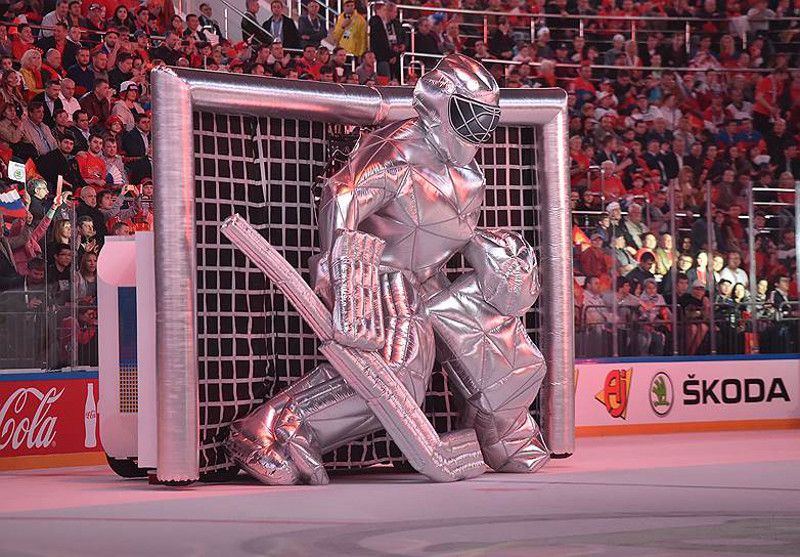 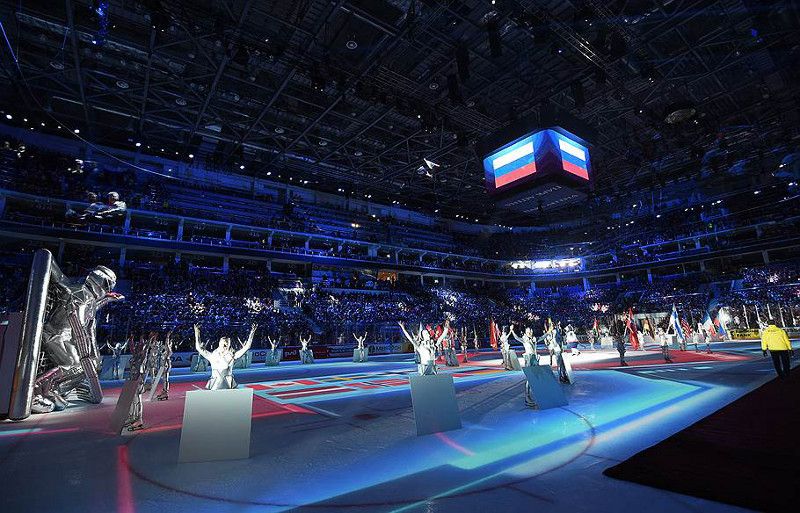 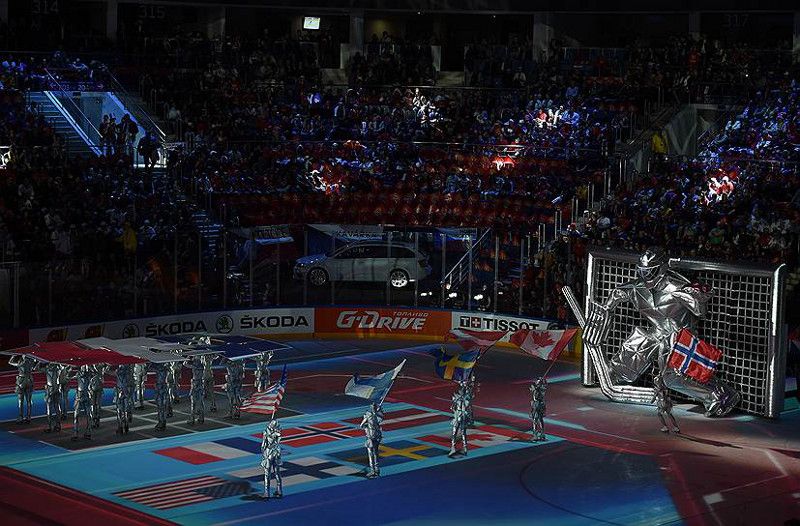 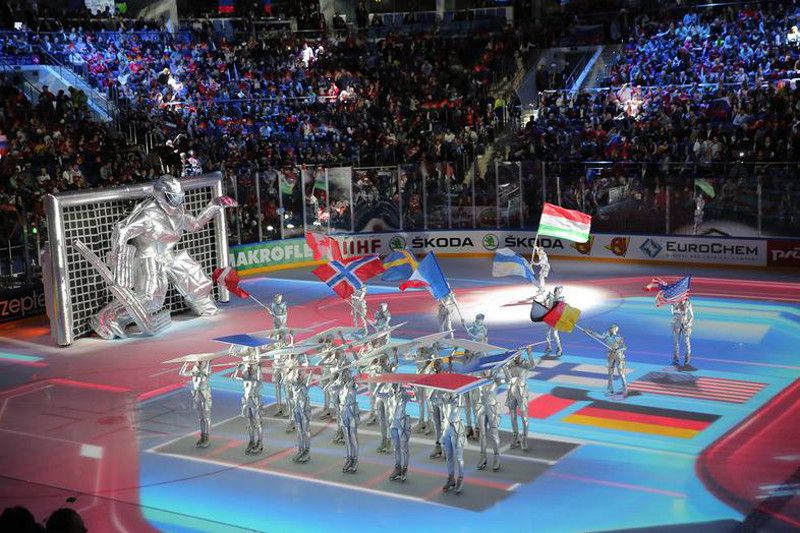