Inflatable Gulliver in the ballet

Recently, as a part of the “Cherry Wood” festival at the Natalia Sats’ theater, the premiere of the ballet “Gulliver’s Travels” was introduced. This bright and large-scale performance did not leave indifferent neither adults, nor children. Bold combination of a classic story with innovative decorations brought novelty to the history of the adventures of the English doctor Lemuel, nicknamed Gulliver, known to many generations.

Inflatable figures are very often used in theatrical performances. We made inflatable decorations for the ballet. According to the idea there was an inflatable figure of Gulliver on the stage of 9.3 meters long, against which the artists seemed small.

A real sensation in the auditorium caused the appearance of inflatable boots of Gulliver height of 7.5 meters. At the moment when the boots appear on the stage and occupy almost the entire space, the audience applauded excited. 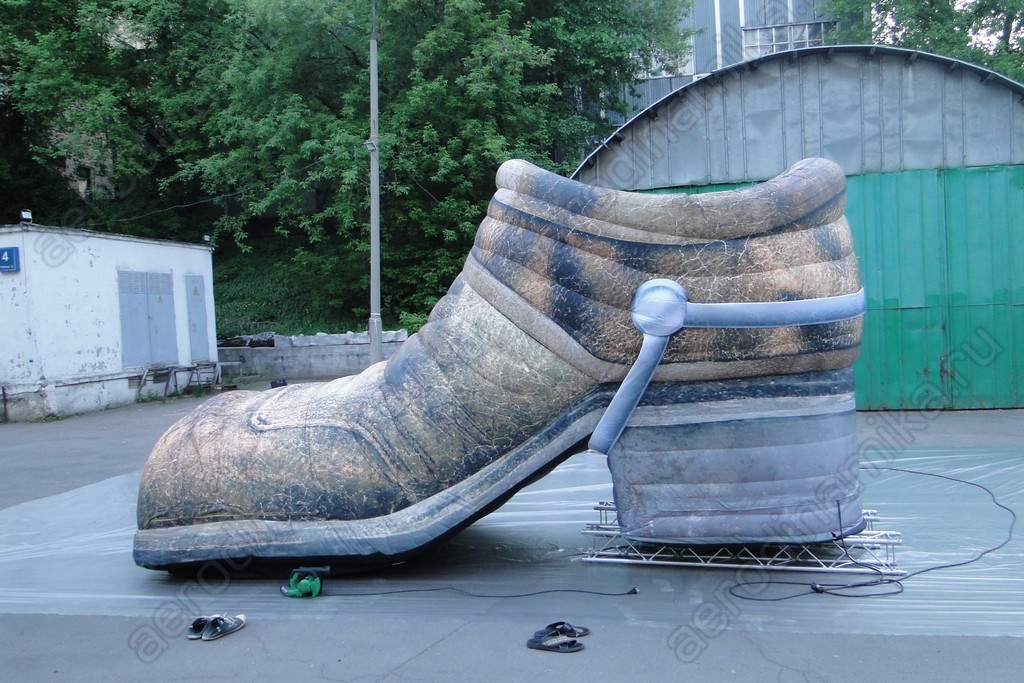 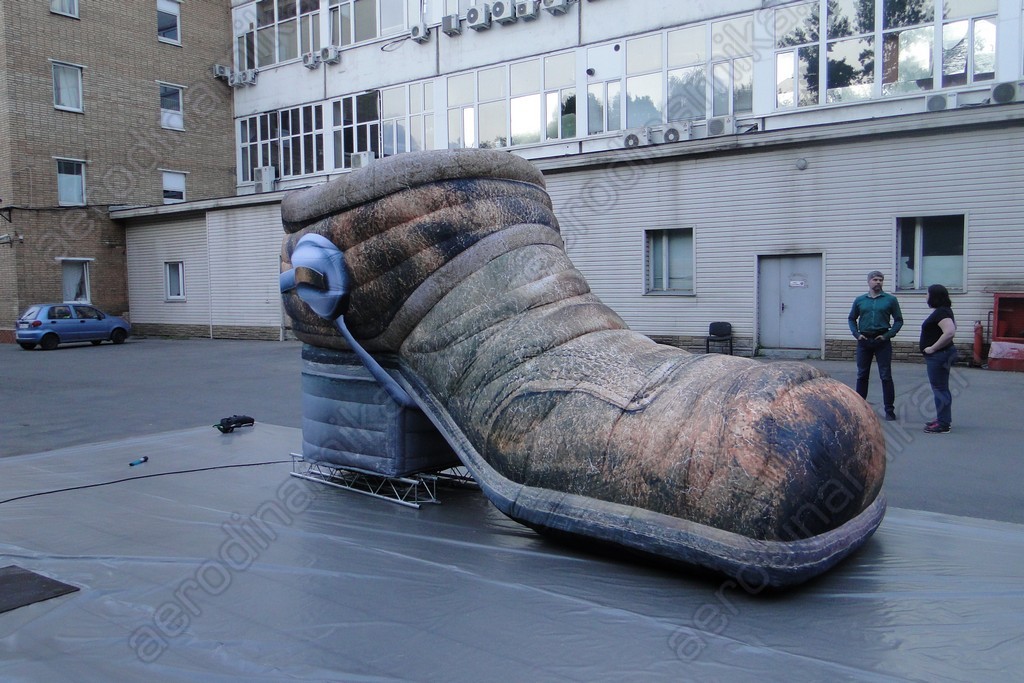 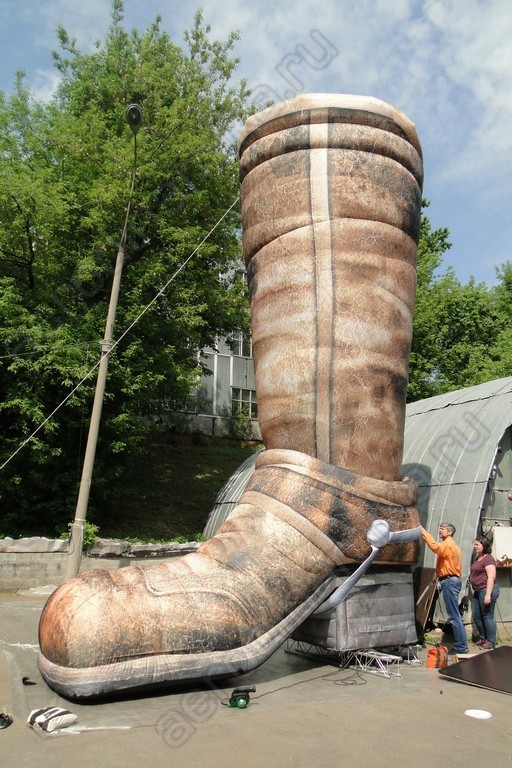 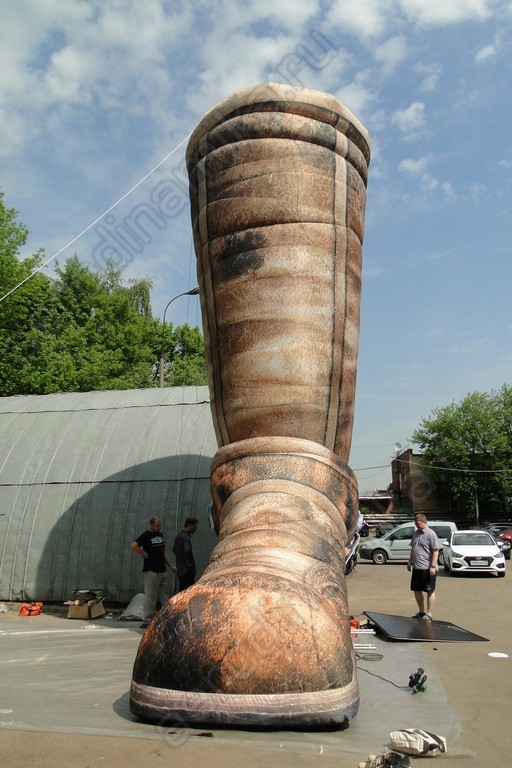 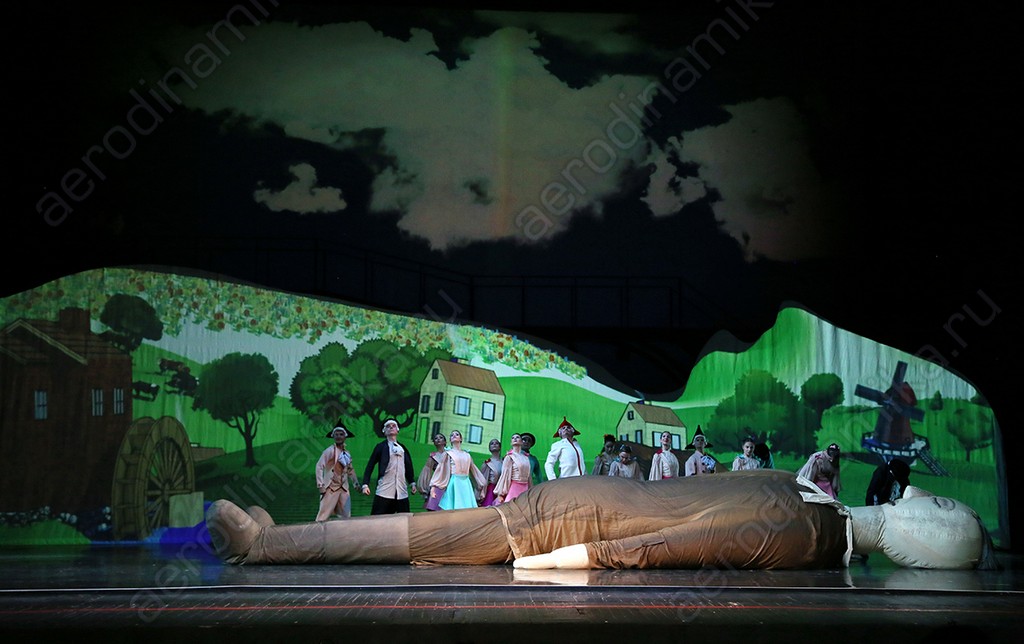 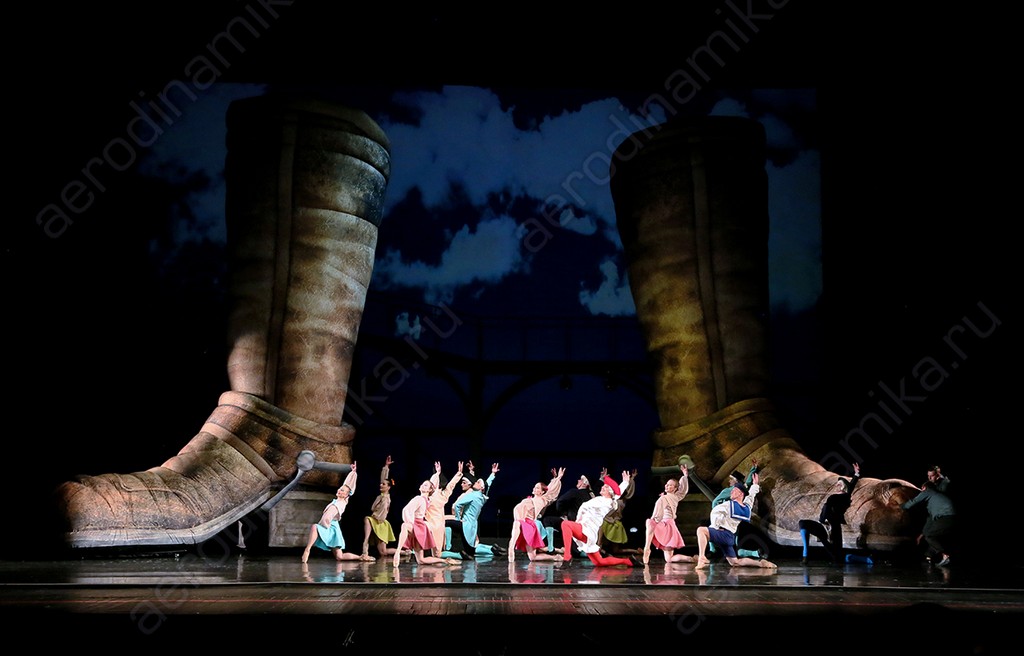