From the 23rd of December till the 8th of January there was a New Year show at the Crocus City Hall. This time the leads were famous cartoon “Just you wait” characters.

Beside a decorated with fairy inflatables ceiling there was many interesting decorating tasks for the stage. The idea of director and production designer was to made an inflatable wall and a screen matte to appear from the sham wall.

As a result we realized it and inflatable “wall” (8×3 meters) and a screen matte appeared from nowhere in front of the audience.

Also about 180 pcs of different interactive figures like eggs, cabbageheads, carrots, were dropped down to the junior audience. An inflatable snowmen made with a transparent material became a punch line of the show.

We express gratitude to the producing center “The Seventh Rainbow” for this fairy tale which we took part in. 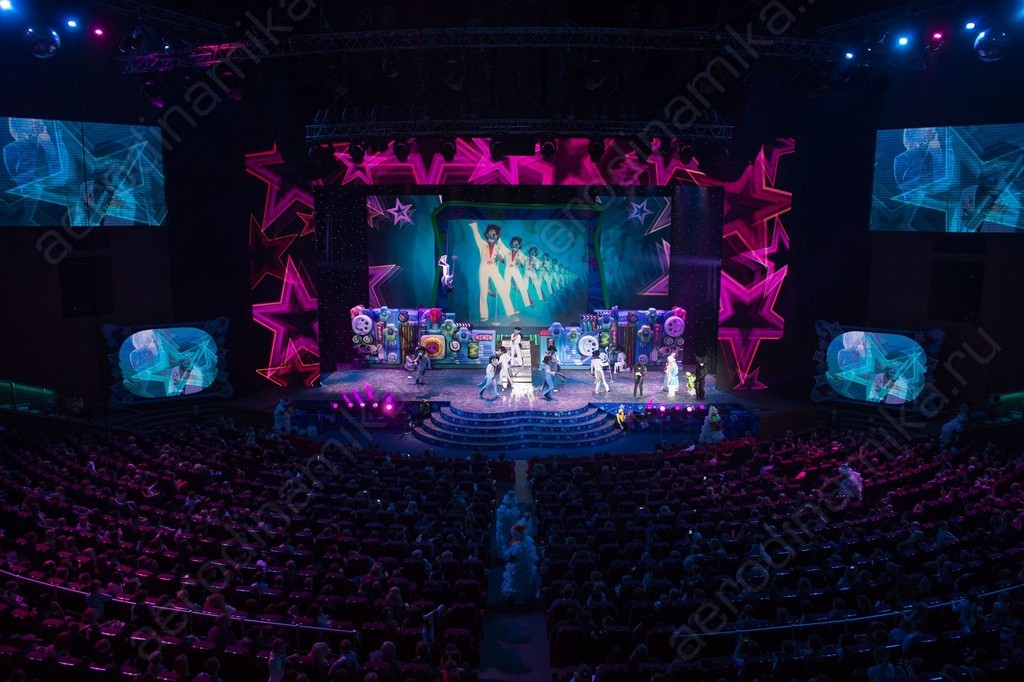 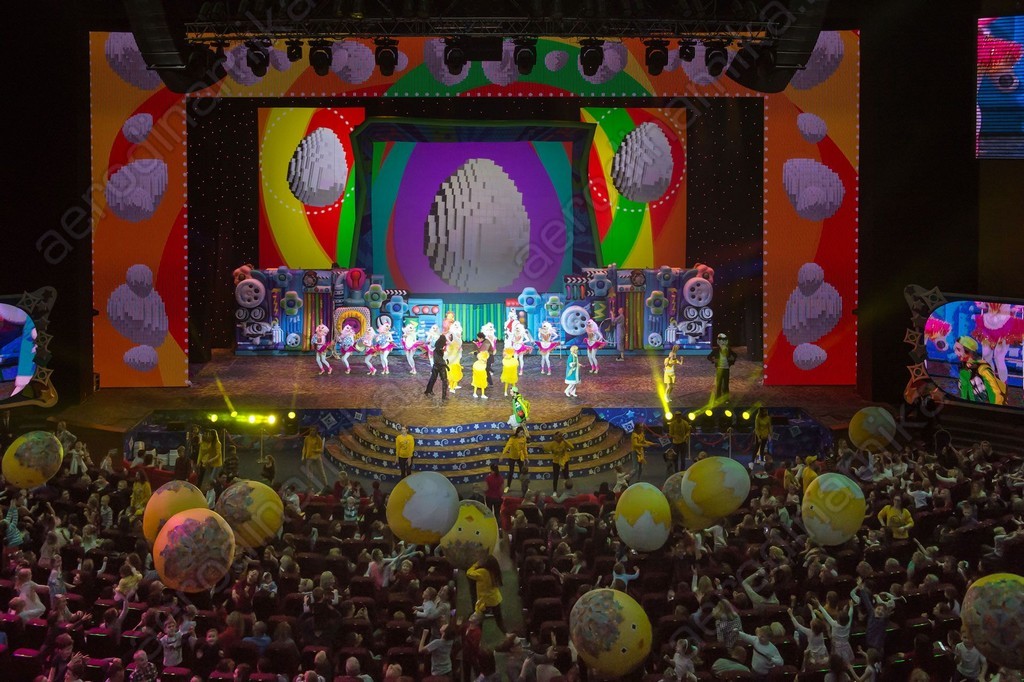 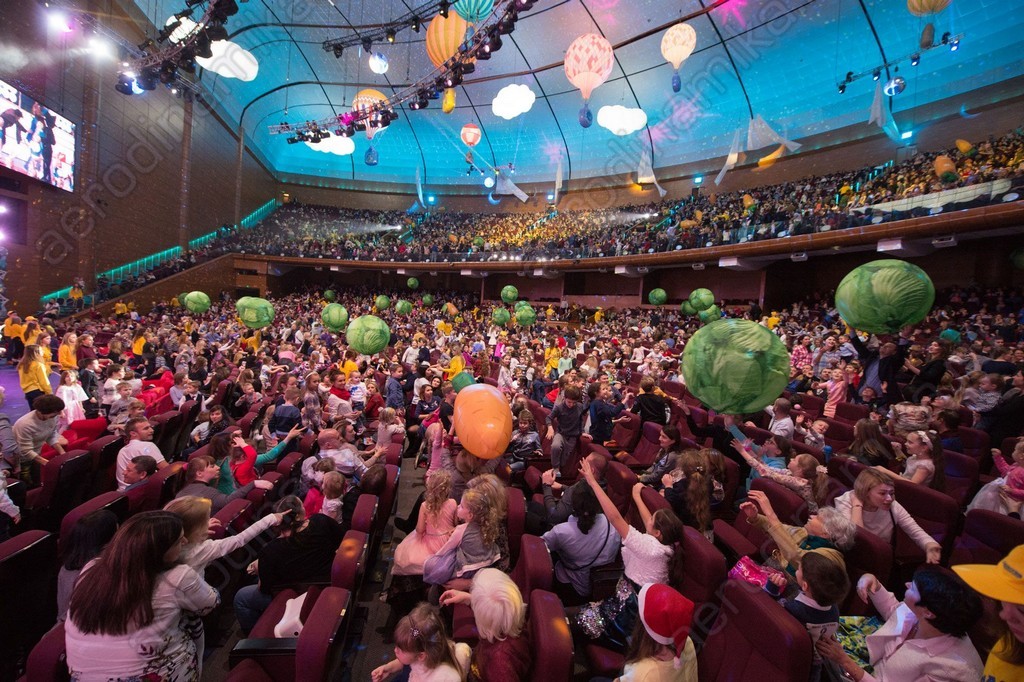 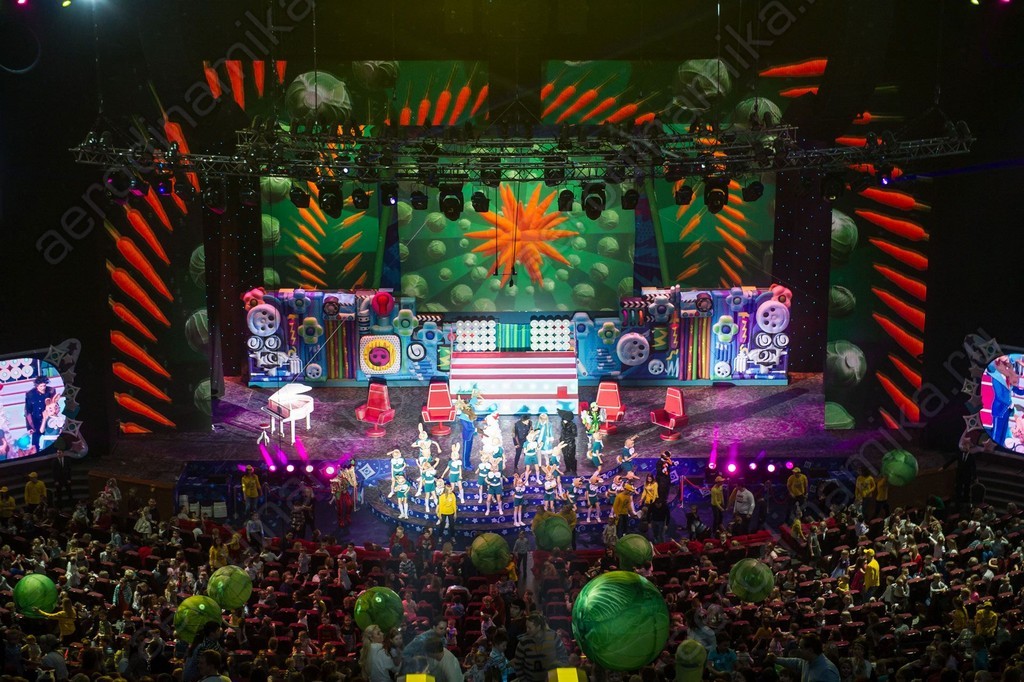 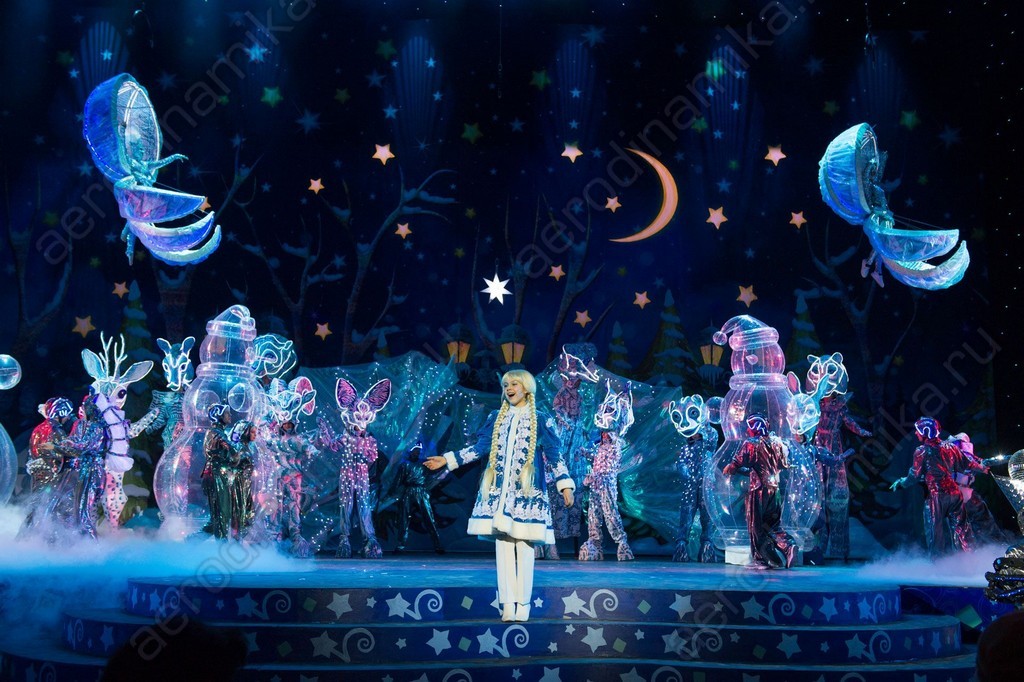 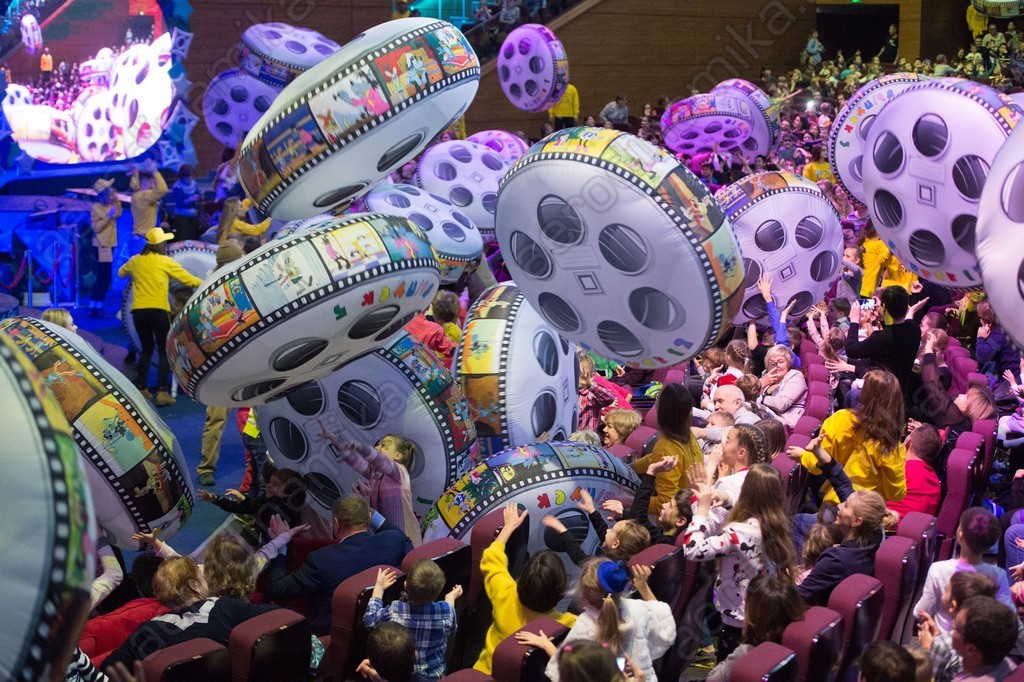 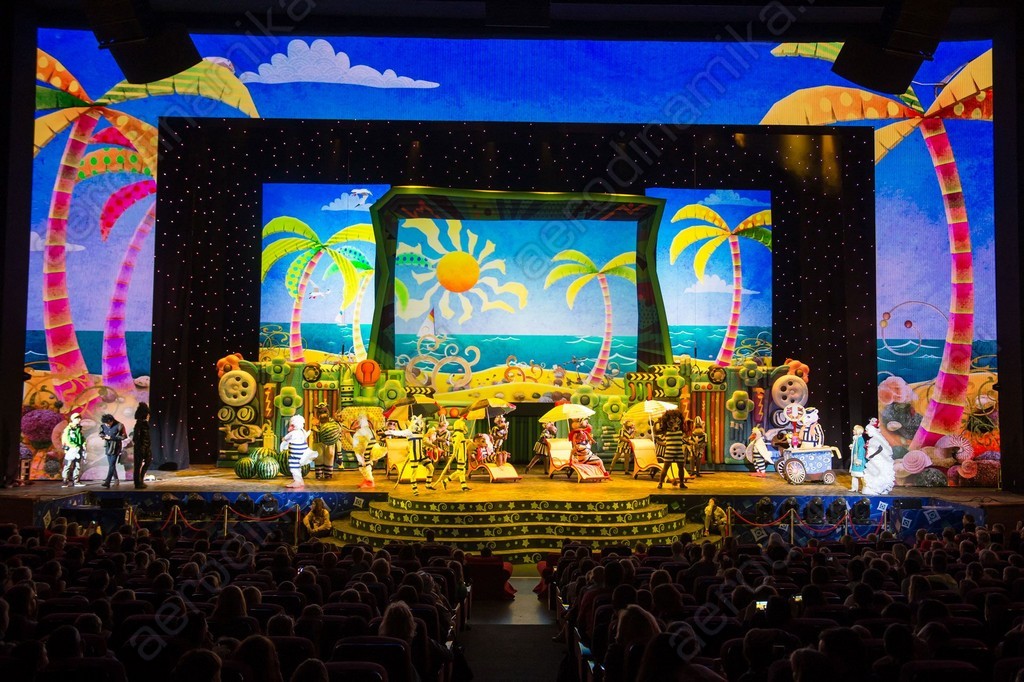 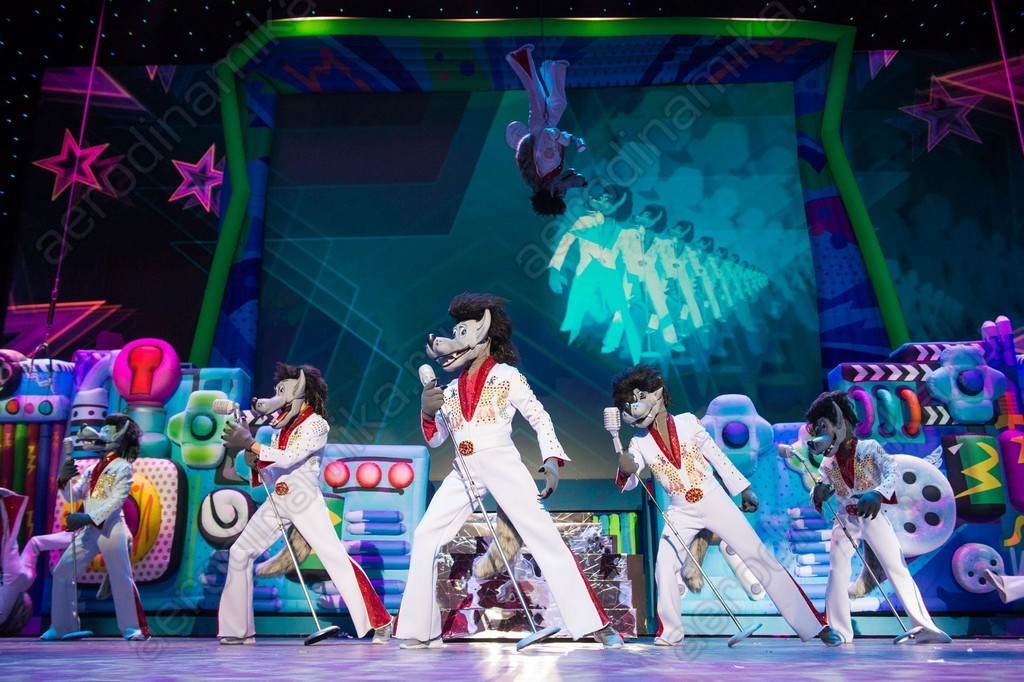 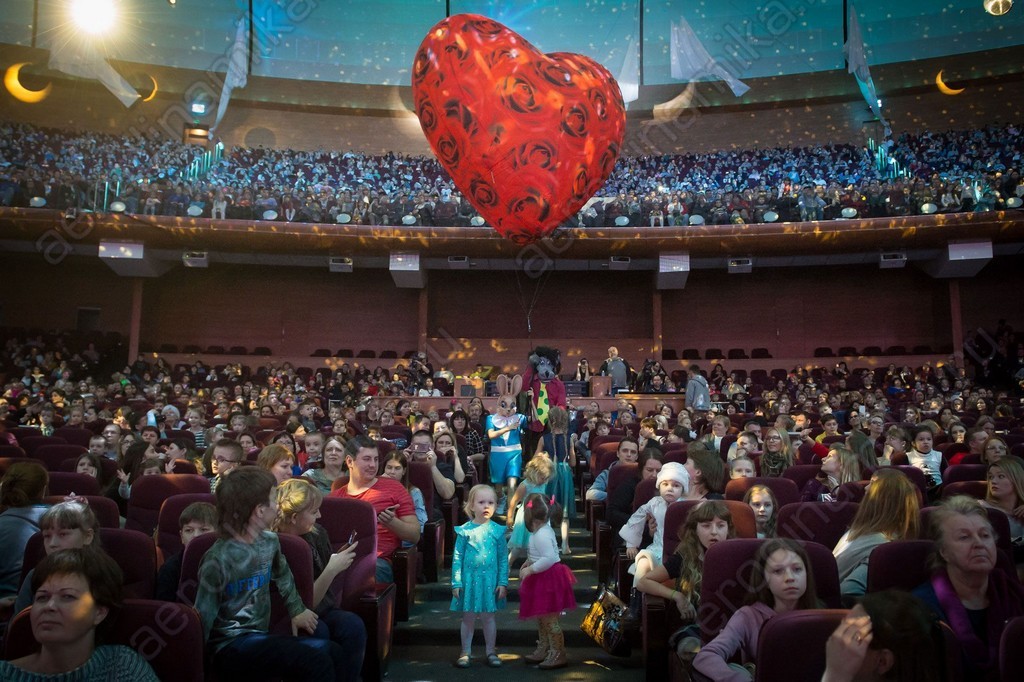 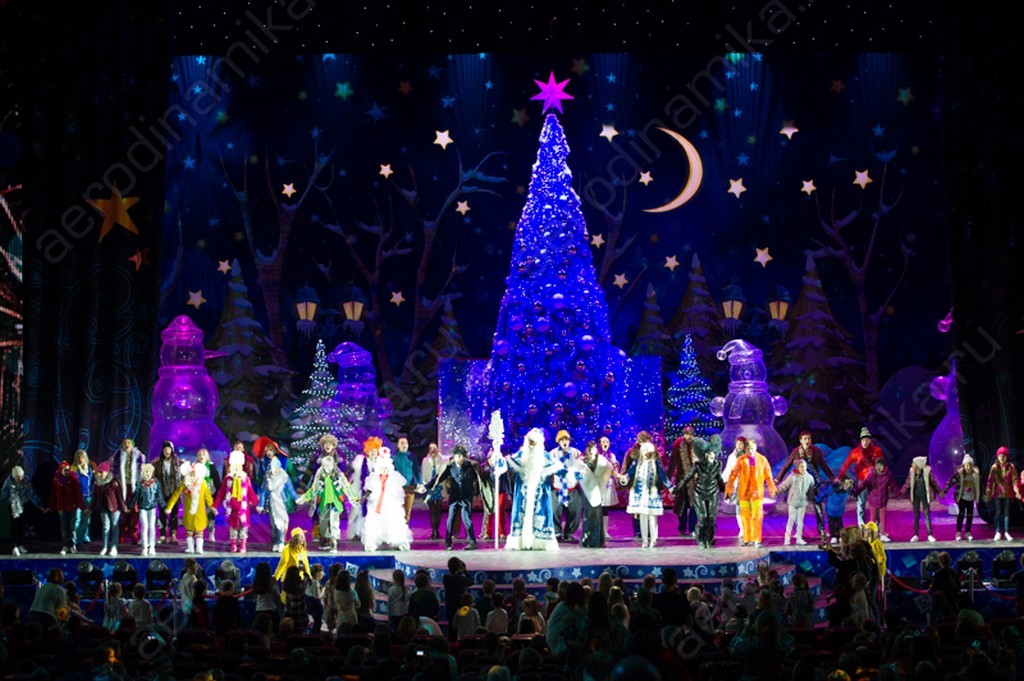