The inflatable Auroch (a sort of Bison) won the hearts of those who were at the stadium, and also those who watched the opening ceremony of the Second European Games 2019 on the screen. He became a real highlight of the show’s culmination. It is impossible to convey the emotions of the audience and enthusiastic screams when an inflatable decoration with a height of 14 meters appeared in just one minute!

Moreover, we used special effects to revive the scenery so that even the children in the stadium ran to pet it. 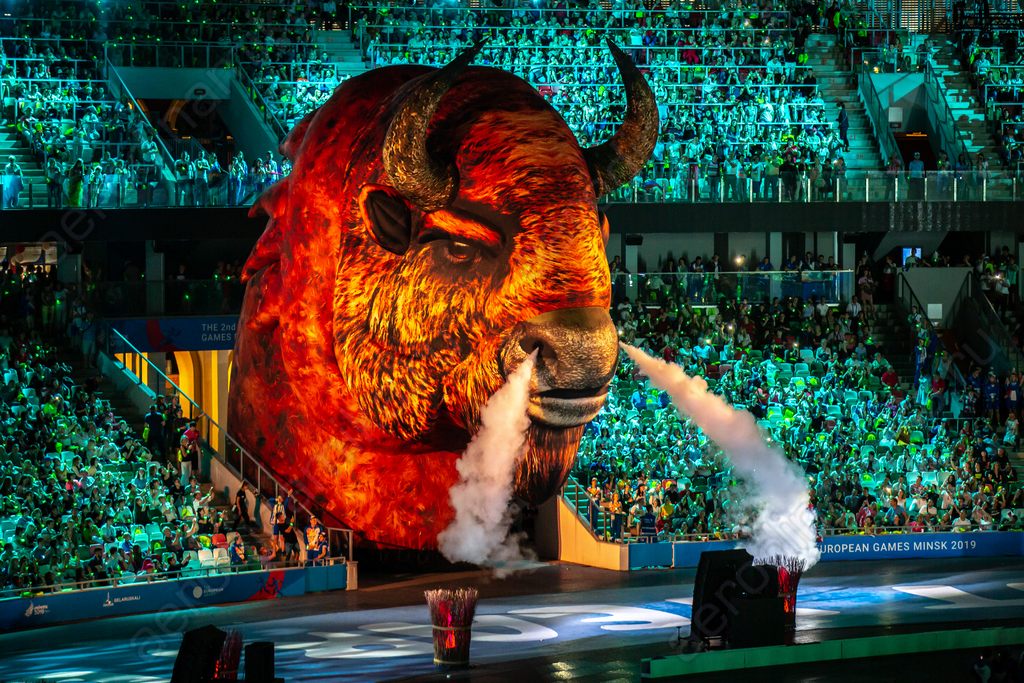 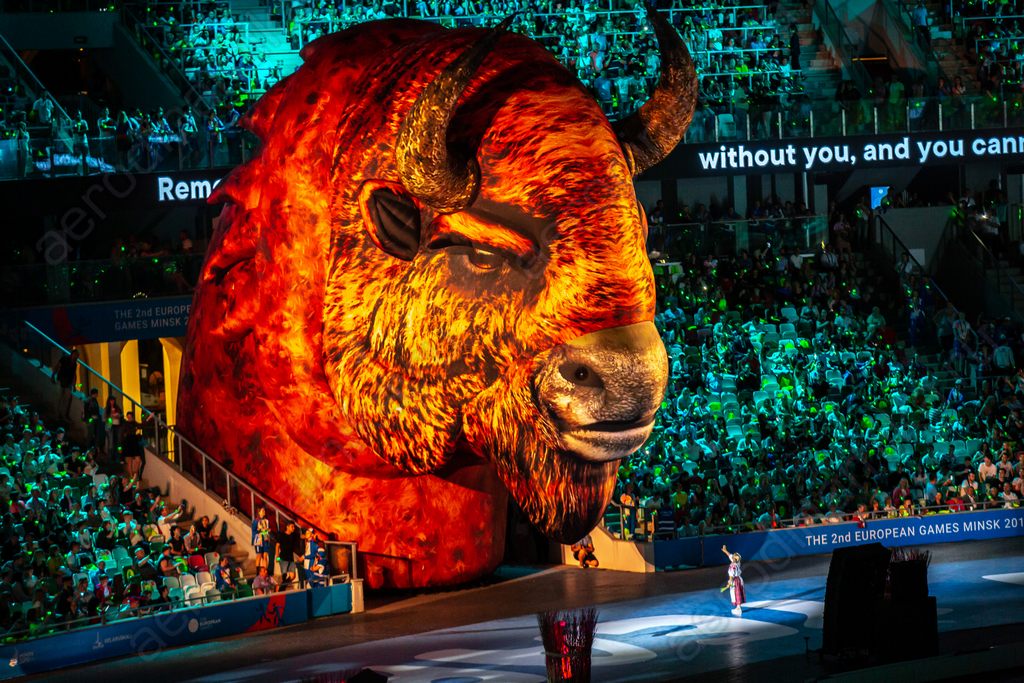 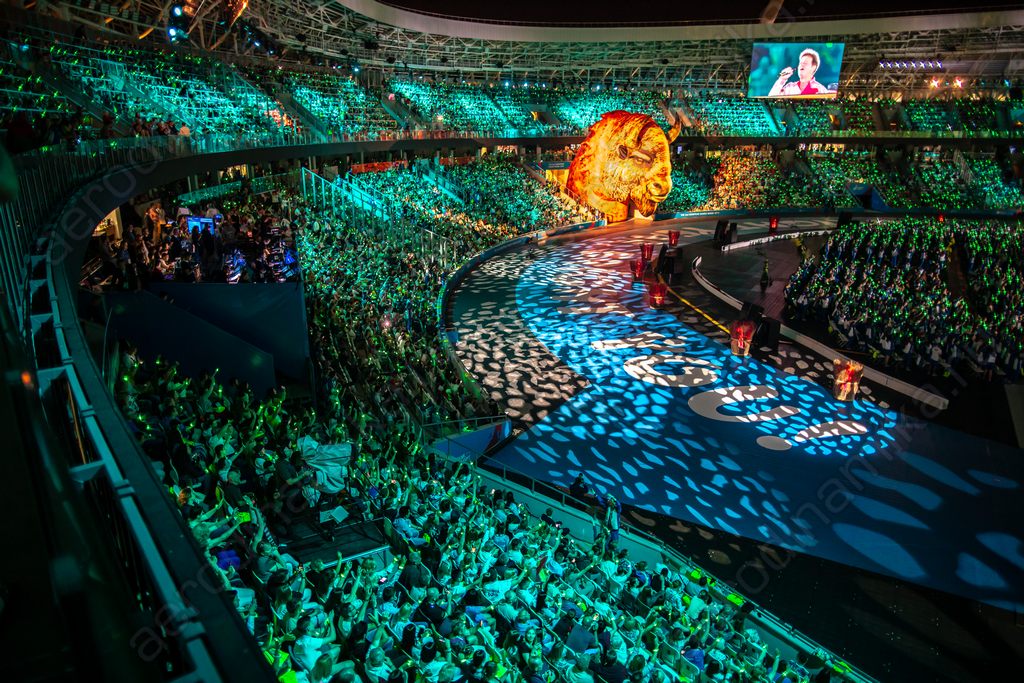 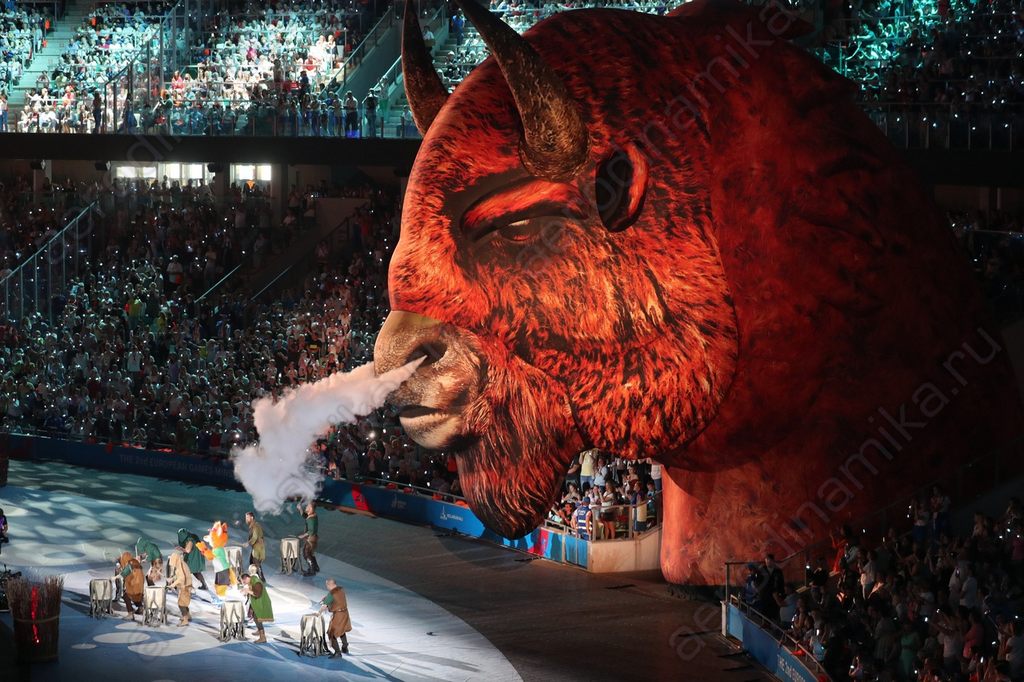