Still, the most unusual metamorphoses of our inflatable figures take place at theatrical performances. Once again, we realized this when we received the task from Mareike Delaquis Porschka to make an inflatable dog decoration of 6 meters in size for the play “The Traveler” of the German theater Landestheater Schwaben. According to the director’s idea, the figure should be slowly inflated during the whole performance, taking on a defined shape at the end.

The play by Ulrich Alexander Boschwitz tells the story of the fate of a Jewish seller during the rise of National Socialism in Germany, and the dog symbolizes the fear and monstrosity of the growing threat. The idea, in our opinion, is very interesting, and the inflatable figure played a full-fledged acting role in this performance! 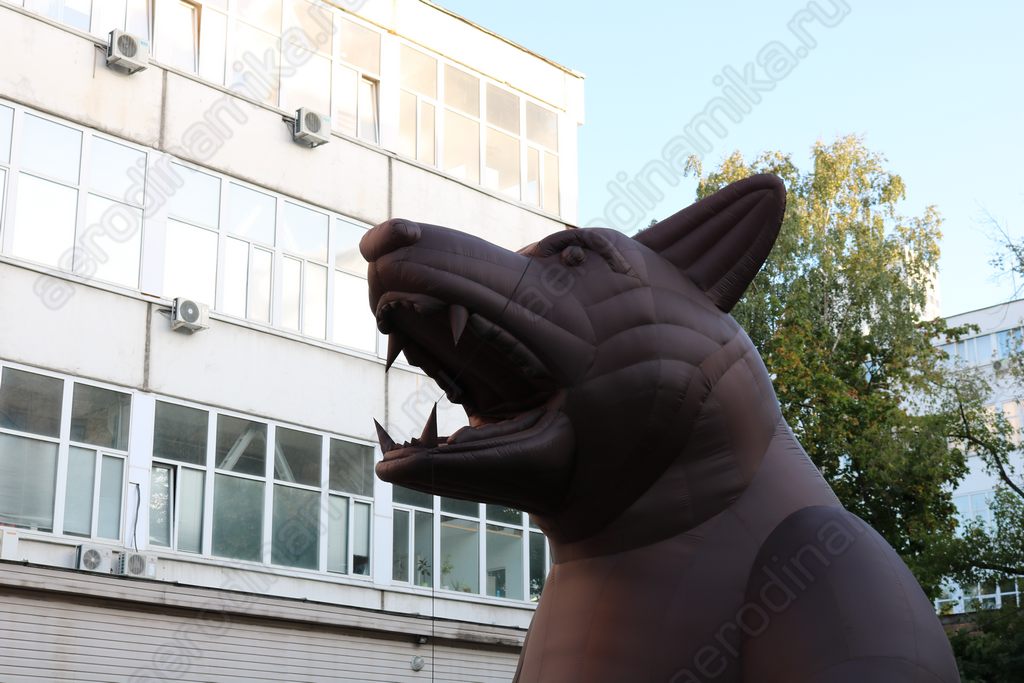 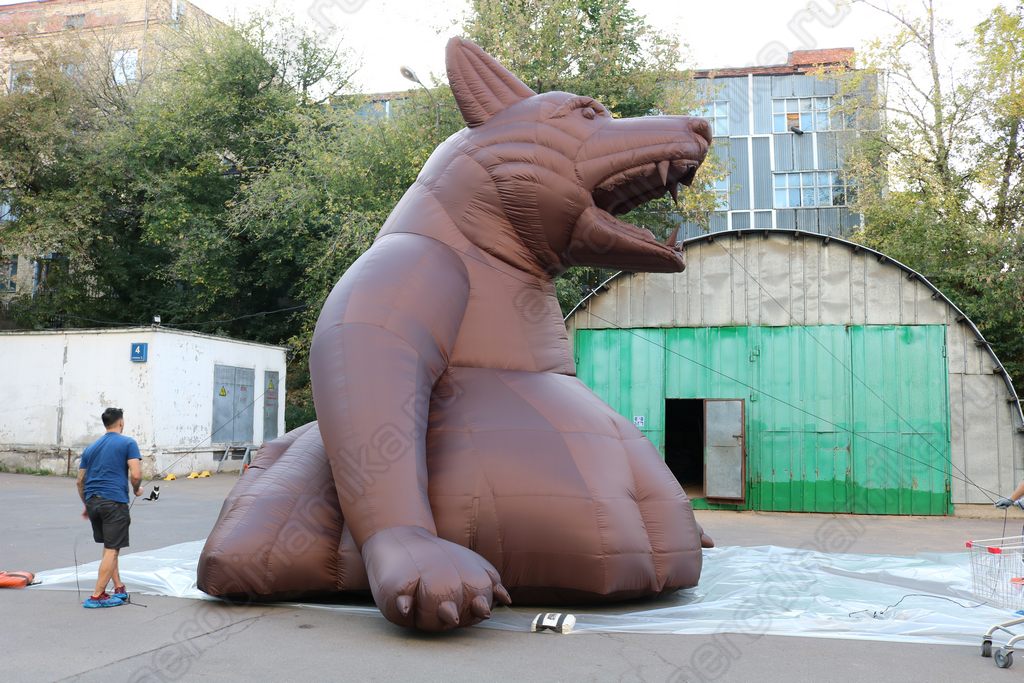 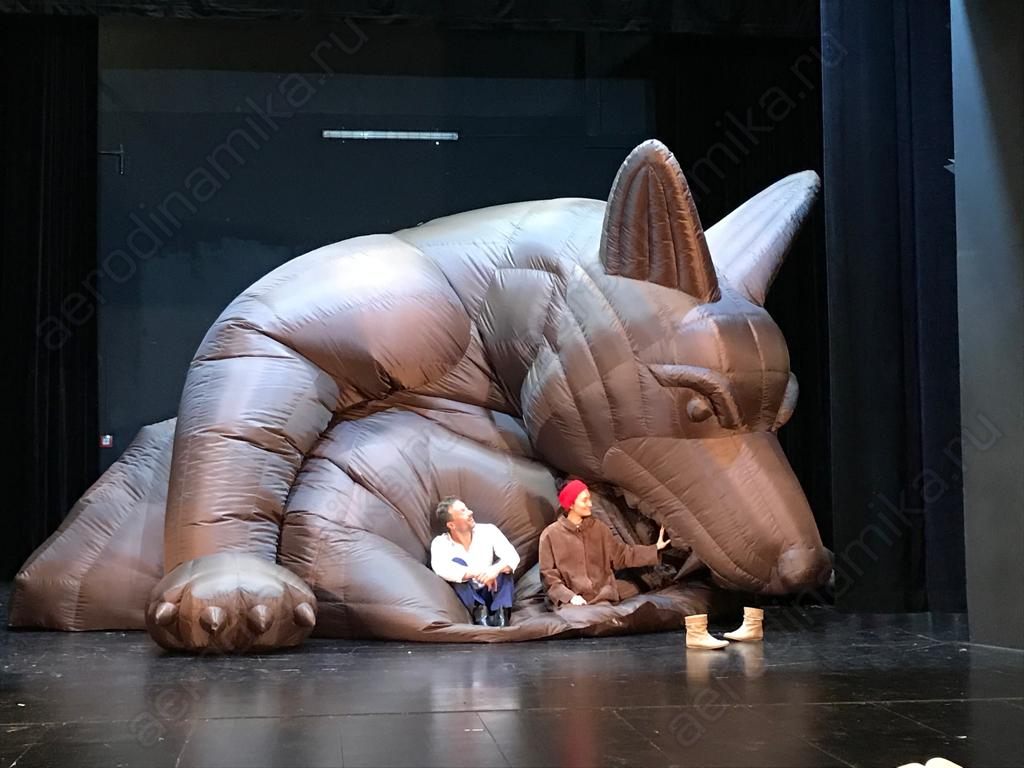 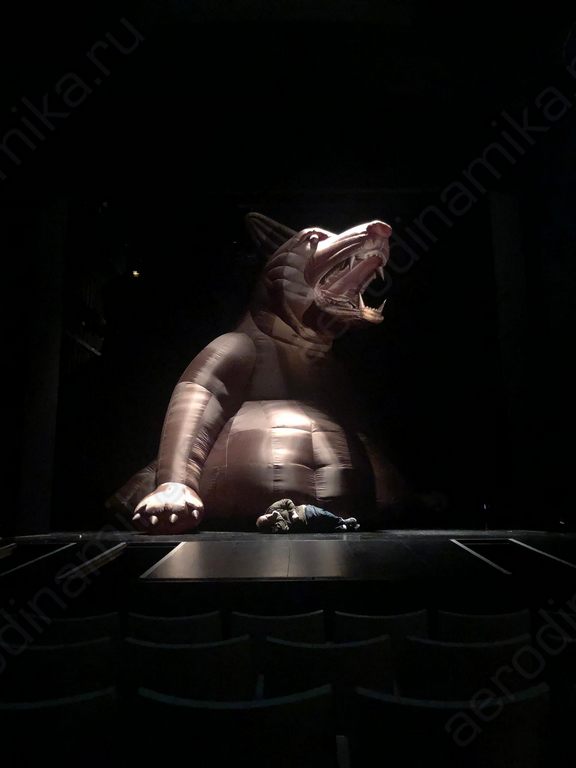