While the fern is blooming

At the opening ceremony, the audience was presented an unforgettable show “While the fern is blooming”. This theme for the show was not chosen by chance, because the Kupala fire and the “fern flower”, which play an important role in Slavic culture, served as the prototype for creating the logo of the II European Games in Minsk.

The specialists of Aerodinamika made an inflatable decoration “The Fern” of 10 meters high, which appeared in front of the audience in just 20 seconds, under the song “Kupalinka”. A radio-controlled lights were used in “The Fern”, symbolizing fireflies, which allowed to emphasize and to revive the scenery. 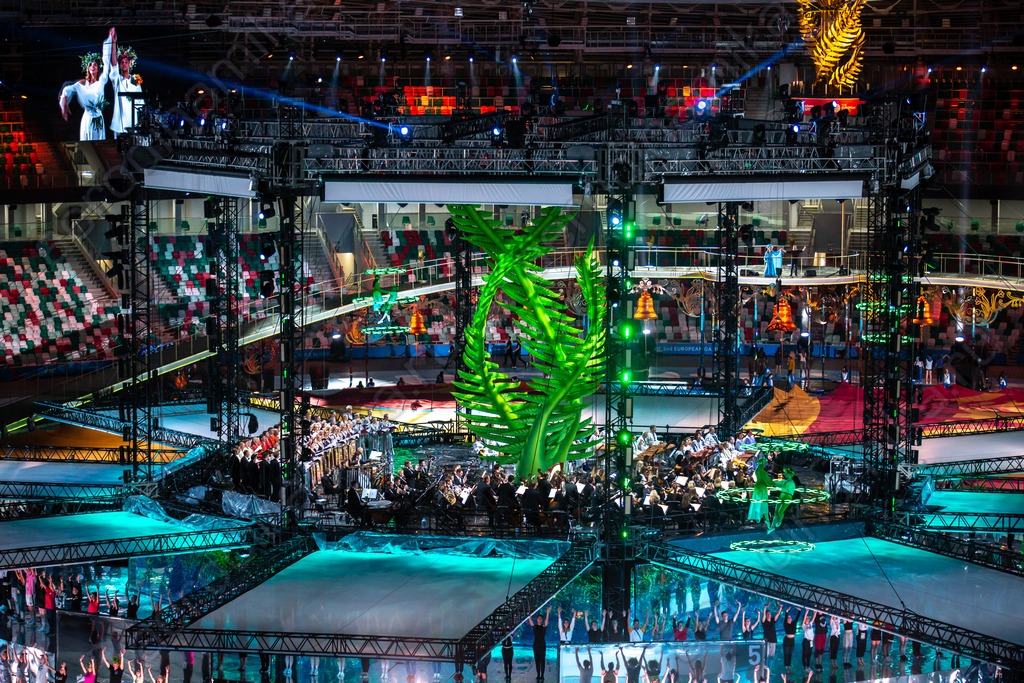 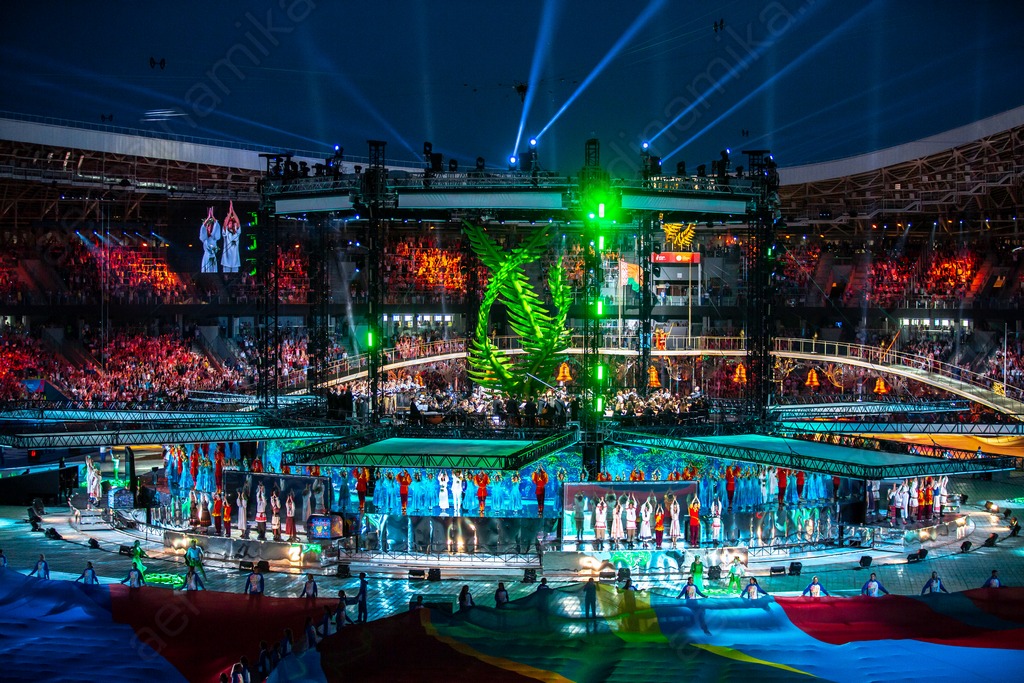